Business God's Way is about God's interest not only in our personal salvation, but also our financial salvation.  He is a fair and just God.

When we cause people to lost because of our actions, God expects us to make those people whole when we can.  This is what Zacchaeus did in Luke 19. He took the wealth he had and restored the wealth of those he had caused to lose.  It was the right thing to do.

In this video, I’m sharing something new that God has given me for the new year: a new perspective of him as a manager.

It begins by explaining how God operates in the same ways that we know managers to operate; i.e., he has a vision and mission statement, goals and plans, and who he uses to achieve his goals and plans.

From there we look into those God uses, e.g., angelic beings and human beings.  Most of the info is about the function and rank of angelic beings.

But the real interesting thing about this video is that it shifts into worship, and the real purpose of worship.  Very unplanned, but absolutely revealing.

It is a little long, and for that I apologize.  This one is about 19 minutes, and I usually try to keep them under 15.  But I think it’s worth the listen, especially for those under attack.

in this intense video, I explain how important it is that we balance our optimism with truth.

Optimism makes us feel good, whereas truth enables us to be good. This is precisely why our Lord Jesus called himself the Truth. It is our reality.

A little raw, but definitely worth the listen.

As I say in the video, you can be positive and optimistic all day long, and be totally wrong.

While I agree that optimism and positiveness are good, I do not agree that we should be optimistic without being truthful.

God is a god of choice, not control.  He owns everything, yet, he NEVER insists that we worship and obey him.  He graciously allows us to choose how we will respond to his extreme goodness.  He knows who he is, and is very confident in his self-knowledge.

God pursues us through his incredible offer and opportunity of having a relationship with the Creator of the entire universe, who is all knowing, all powerful, and everywhere present.  He demonstrates through the life and death of Jesus Christ, his Amazing Grace, and allows us to respond to that Grace.

He allows us to choose him, as any intelligent person would.

Satan on the other hand, cannot offer relationship.  Think about it.  Who in their sane mind would want a relationship with the Father of lies, deception, and manipulation?  So instead of relationship, he offers us things.  “All these things will I give thee, if thou will fall down and worship me” Mt. 4:9.

His motive is control.  He desires to remove our choice.

Closing thought.  Be on your guard of those who offer you things in exchange for relationship.  It may not be God.

You need to add a widget, row, or prebuilt layout before you’ll see anything here. 🙂 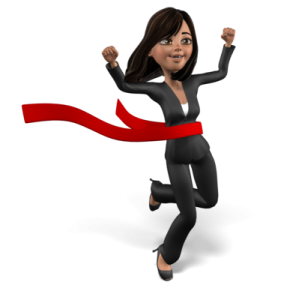 The victory that Jesus won at Calvary was possible because of his victory in the wilderness at the very beginning of his ministry.

He victory over Satan in the wilderness was won by renouncing and rejecting the lures of the flesh and world.   That victory was accomplished not by his own words, but by declaring the Word of God.

Of course, he was Jesus, and we're not.  So how do we as mere humans reject the lures of the flesh and world?  Let's face it, we like things.   So how do we change what we value and like?

We can’t, but he can.  When we give him our heart, he empowers us to desire what he desires.  The key is giving him our heart.

This is not an easy thing to do.  But when we understand the true value of what Jesus did at Calvary, it puts our dilemma in a posture that we can more easily manage.

Jesus has a right to rule our lives because He owns them.   Our sin separated us from the Father.  Jesus’ blood reunites us with the Father.

When we allow him to have what rightfully belongs to him, he empowers us to change what we value most.  The will of the Father becomes more important to us than anything else.  And when this transformation occurs, we have the ability to renounce and reject the world and our flesh, regardless of how tight it may hold us.

The Key?   Give Jesus your heart.

I am beginning to see just how much of an illusionist Satan really is.

He will hold you captive in one deceitful illusion for years.  When you finally get wise and understand his lie, he just creates a different illusion.  The purpose, however, is the same: control and stop.  If he cannot control you with personality or some other type of attraction that always appeals to your flesh, he will simply create another illusion for you to believe, and his game begins all over again.

How do we overcome his delusions?   We use the mighty weapon of our warfare from 2 Corinthians 10:5: “Casting down imaginations and every high thing that exalts itself against the knowledge of God, bringing into captivity every thought to the obedience of Christ …”.

Everything in the Bible is in there to help us live a victorious Christian life in today’s fallen world (2 Timothy 3:16). There are some important themes that unfortunately, we don’t hear much about in today’s church teachings. One such theme is the role of religion in the Body of Christ.

When you think about it, any group could have been used by God as the foremost enemy of the cross; it did not have to be the Jewish religious leaders.  For instance, why not some group of gentiles; wouldn’t that have made even more sense?  Whatever way we choose to interpret God’s choice, the fact remains that God gave special attention to the dangers of religious to the Body of Christ; and so should we.

Please understand, this is not to vilify anyone, even those with religious tendencies. As a matter of fact, it seems that we like to put the Pharisees in a special category of evil because they crucified our Lord.  Well, get off your high horse; we all nailed Jesus to that cross.  It was our sin problem too.

The point is, nobody talks about the religion today, as if it no longer exists; which of course, it does.  And there are two problems with anything that is not talked about. First, when things are unchallenged, they grow.  Abortion is the law of the land today, with millions of babies being slaughtered each year because nobody spoke up. The second problem with ignoring sin, is that the more we ignore it, the more we fail to recognize it for what it is because sin is progressive.

Jesus told Peter that He would build his church. Now Jesus is in Heaven and his Body is here on earth; so how would he build his church? He would do so through born-again leaders, who are called apart as gifts to the Body of Christ, and anointed to equip his Body for the work of the ministry.  Problems arise when religious men and women are at the helm, and the church is run more by the tradition of men than by the will of God.

Having said that, we need to know what religion looks like.

First and foremost, religion is proud, and has a sense of entitlement; not because of what Jesus has done, but because of a history of religious service, often in one’s family background.  This is why John the Baptist called the religious leaders as a generation of vipers, when they approached him as he baptized people in the Jordan (Matthew 3:7).  He was referring directly to the source of their intense human pride, as well as their false feeling of security for a place in heaven. They had power, money, and a good religious resume.  John was telling them that all they had was not enough; they would still have to repent just like every other sinner. “Verily, verily, I say unto thee, ‘Except a man be born again, he cannot see the Kingdom of God’ (John 3:3).

Religious people feel called to control others, primarily because they often have money. They have money not because they are more special than others, as they often want us to believe; but more so because they grew up learning biblical principles about money, principles that will work for anyone, including those in Hollywood. They use their financial savvy to take control, and like the Pharisees did, dictate who gets promoted.

The Pharisees and Sadducees were controllers who used power and money to control others. By controlling the purse strings, others had to obey and follow them.  They exploited the weaknesses of others.  We know this because there were many other leaders who believed Jesus, but were afraid that if they admitted to believing Jesus, they would lose everything they had worked for by being put out of the synagogue (John 12:42).

A third way to recognize religion is by its passion for appearance.  Religion is always more concerned with how things look, than how things really are because it has its own agenda. The Pharisees knew the Scriptures but could not recognize Jesus when they saw him because they were blinded by their own selfish ambition.  Even after Jesus raised Lazarus from the grave, it was their ambition that was foremost in their minds. “If we let him thus alone, all men will believe on him: and the Romans shall come and take away both our place and nation” (John 11:48).

The good news is that God also loves religious people, and gives them the same opportunity as any other sinner, to humble themselves and repent.  He shows his mercy and his good intent by saving the Pharisee, Nicodemus.

One of the strategies that your enemy uses to stop you, is to tell you that you are too old.  Why?  Because he knows that God will use you for his plans and purposes — as long as you are willing to be used by him.  Your willingness often means stepping out in faith, when everything you see says no, but God says yes.  The culture we live in today does all it can to promote retirement and age consciousness, when the Word of God speaks just the opposite. Whose report will you believe and respond to?

Remember, Sarah was too old to have a child. Abraham was too old to be the Father of a nation. Moses was too old to lead millions of people.  Say yes to God, and see what he will do — at any age.  Allow him to use you for his plans and his glory.